Fishing for Success: making the girls of Newfoundland the future of the fishery

It is the thing that brought the first settlers from England and Ireland about 400 years ago, and it continues to be a vital part of the province’s economy.

What was initially a local and sustainable industry, transformed to an industrialized megalith that was feeding people all over the world…

In our communities and across the province, we support and recognize the power of #womenswords

Here is a lovely photo-essay from Brendan Kelly, reminding us that we have until 1 October 2020 (i.e. Thursday) to give feedback on WERAC's "A Home for Nature" Protected Areas Plan for the Island of Newfoundland. 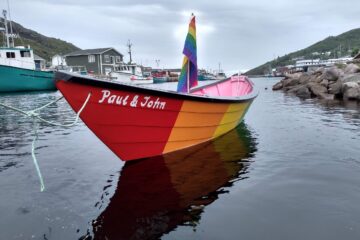 Here at Fishing for Success, we truly value the meaning of inclusion and making sure everyone has the chance to experience the shared human heritage in fishing. This year’s unusual Pride month is one like Read more… 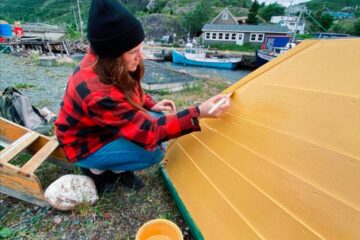 Sailin’ On To Glory

There was a little wooden boat in the middle of Island Rooms. It had a scrape here, and a ding there – but all we could see was a 17 foot golden nugget with great Read more…

“WATCH: Pride Inside (Out)”

By CBC COMMUNICATIONS • JULY 17, 2020 “There may not be parades and parties this year, but Pride goes on.” CBC Communications included the launch of Paul and John, our little rainbow dory, in their pride celebration Read more…